After spending three days at BETT last week I thought I would share with you some of the highlights. 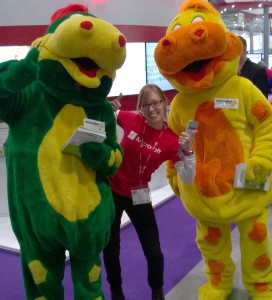 I was working on the Microsoft stand demonstrating the “Wall of Appiness” which was a showcase of the range of apps now available for tablet devices on the Windows Store. There is now a huge variety of apps available for education with some of my personal favourites being:

Check out Stuart Ball‘s post, which has a much more comprehensive list over on the Microsoft Teachers Blog.

One particular highlight on the stand was a visit from Paul Kercall an art teacher, writer and tablet artist who asked if he could use Fresh Paint across all the tablets on our stand; he had just visited the Nao robot so had a picture on his phone and proceeded to paint one of the robot heads across the devices, it was amazing to watch and I managed to capture the picture’s development on video, here it is speeded up considerably!: 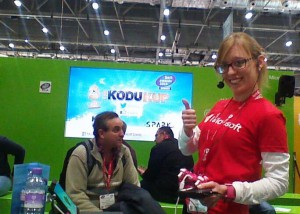 In addition to the apps I was also showcasing Kodu Game Lab and we launched this year’s Kodu Kup competition which I am really excited about! We have made some changes from last year; this year there is no theme but the requirement is that the games will have a clear and well-thought-out storyline, this leaves schools open to fit the competition around any literacy work they are currently doing. Children will also need to enter as a team of three, create their own game studio and produce game documentation to support their game. Like last year the finalists will be invited to Microsoft HQ in Reading and showcase their games to the judges. The winners in each category will receive a Windows Surface RT and the overall winners will receive the Kodu Kup! Take a look at the video below to see an overview of last year’s final: 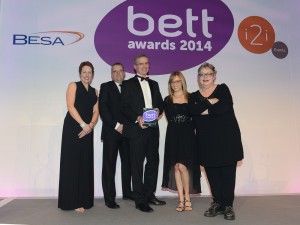 Last Wednesday also saw the results of the BETT Awards at a lovely black-tie event at The Brewery in London. I’m really pleased to say Kodu won the award for “Free Digital Content/Open Educational Resources”! Being part of the Kodu Kup team last year, it was really exciting to be nominated, the competition reached out to 70,000 children across the UK, encouraging them to get involved with coding their own games. Throughout the competition we provided schools with free teaching materials (not to mention the fact that the software is also free!). There is more to come this year! Last years’ competition was such a huge success so for this to be recognised at the prestigious BETT awards was fantastic! 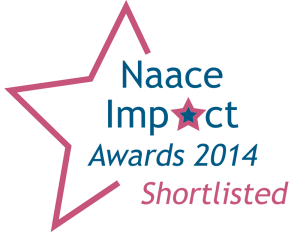 I had another highlight on Thursday; I attended the NAACE stand to hear the shortlist of nominees for the NAACE Impact Awards only to discover I was on the shortlist for “Secondary Impact” for the resources I have been sharing on my website. It’s a real honour to be shortlisted, I couldn’t believe it when my name appeared on the screen!

I did manage to have a wander around some of the other stands while at BETT and was particularly impressed with the following:

FUZE – This is programmable computer & electronics workstation that provides a sturdy metal casing for the Raspberry Pi with an integrated keyboard as well as an area on top to add a breadboard connected to a breakout board on the Pi. They sell kits with or without the Raspberry Pi, which also includes programming workbooks. I was very impressed! Here is what the kit looks like: 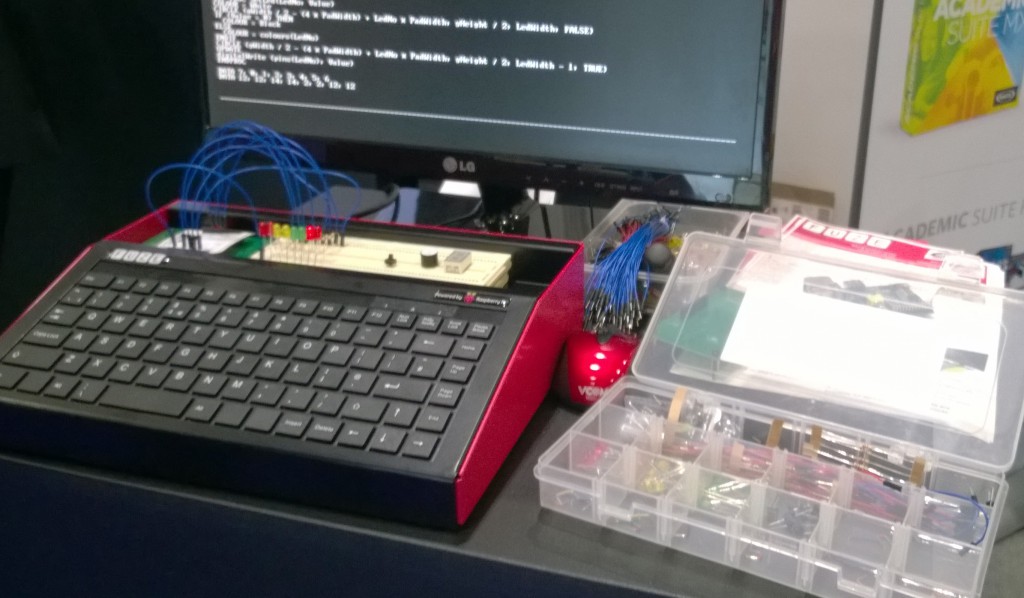 Nao the Humanoid Robot – I discovered this robot last year at BETT but unfortunately he was well out of my budget, however OptiMusic provide workshops to schools where they bring along the robot for the children to program using a variety of languages. I’m particularly interested in my students programming them using Python so I will be talking to my school about the possibility of running a day of workshops soon!

Rising Stars Switched on Computing – Another BETT Award Winner. Rising Stars have developed a range of primary resources for all subjects and have just realised a Computing pack, which we were giving away on the Microsoft stand.

I noticed there were a lot of Arduino and electronics based projects popping up at this year’s exhibition. I need to look into these in more detail as I’m certainly keen to get involved with some hardware programming in the future.

2 thoughts on “Some BETT Reflections”