Well, I haven’t added a post in a while so I thought it was time I got writing again! I had intended to update over the summer but have been so busy I just didn’t get chance!

Therefore I decided to add everything into one big Summer Update and hopefully I’ll then be able to add new posts more frequently.

Cambridge Technicals in IT

Just before the summer holidays I went on a training course with OCR to learn about their new Cambridge Technicals course in IT. We have been teaching OCR Nationals at Level 3 for some time but as this is coming to an end we have had to make a change, Cambridge Technicals seems to be the natural replacement and as a result I’ve been frantically putting resources together over the summer, so far I have only finished Unit 1 but Unit 15 is nearly there and I will be developing a further four units throughout the year. Resources are available from here.

I had a personal success just before I broke up for the summer holidays. Having sat my Grade 1 piano exam a few weeks earlier I found out I passed with a Distinction! I was so pleased, just need to start working towards Grade 2 next!

At the beginning of the summer I was interviewed for the website of Anthony Salcito, vice president of Education for Microsoft. He is a on a year-long journey looking at educators around the world, you can read the interview here. 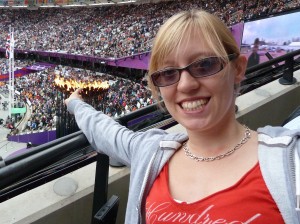 Following my Kodu Olympics project last term I was lucky-enough to get tickets to see the Athletics on the morning of Super Saturday, we watched Usain Bolt  in round 1 of the men’s 100m among others but most impressive was watching the amazing Jessica Ennis on the long jump and javelin. We saw so much in the few hours we were in the stadium and it was simply a wonderful day!

Well on Monday 6th August the Rover landed on Mars and to celebrate this a Mars-themed edition of Kodu Game Lab was released. I managed to find some time during my busy summer to play with the new version and program my very-own Mars Rover, it’s great fun! Since then I have been writing a scheme of work around the Mars-theme. I’ll be uploading into my Key Stage 3 resources area as soon as it is complete.

In August, alongside fellow K-Team member, Ray Chambers, we delivered a two-day Kodu bootcamp with Technocamps for young people aged between 15-18. On the first day we gave the students an overview of how to use Kodu and an understanding of the fundamental skills, much of this was taken from my scheme of work, on the second day they had the opportunity to design and create their own games. We were really impressed with the work they produced. You can download their games from here.

I will be showcasing the work I have done with Kodu in Prague in November at the Microsoft Partners in Learning Global Forum.

The Remainder of my Summer Holidays 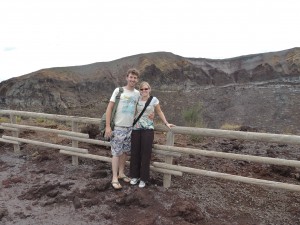 I had a great end to my summer holidays this year, firstly my auntie and uncle from America visited for two weeks, so we went out to lots of nice places in the local area as well as London. For the final week my partner and I went to St Agata (near Sorrento) in Italy, which was very enjoyable, we got to travel up to the top of Mount Vesuvias, visit the ruins of Pompeii and not to mention the beautiful Amalfi Coast and delicious food! It was quite a shock to come straight back to work!